Posted on August 14, 2009 by @GeorgeTheDuck
I went with the Typist and some of her friends to eat in a restaurant. This was my first time at a nice restaurant. 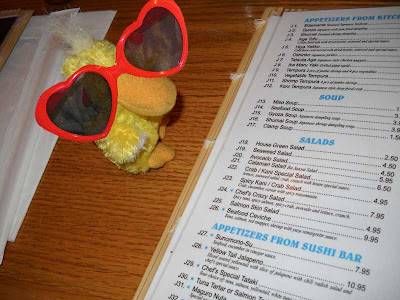 Everything on the menu sounded tasty. 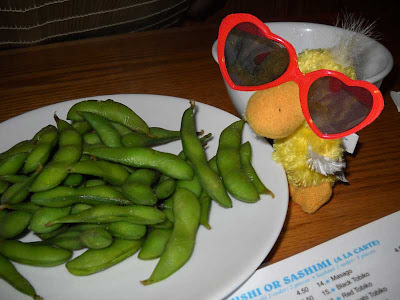 The typist ordered edamame. I did not want to tell her, but I think they were beans instead. 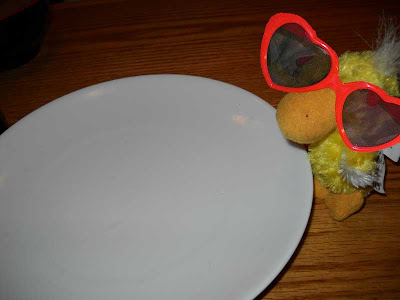 They were good beans, though. We ate them all up. 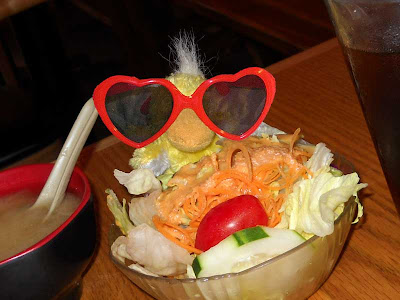 Then we had salads. This one was very colorful and quite nice. The orange stuff was a bit spicy for me, though. 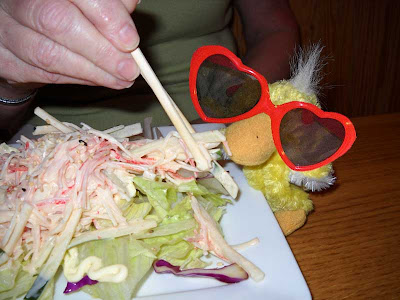 But this one had tasty seafood and a little seaweed in it. Excellent! 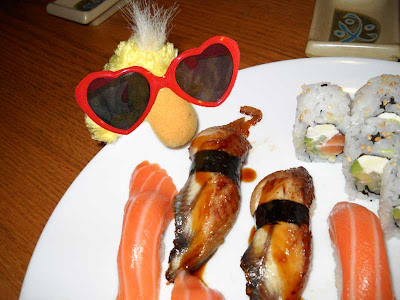 Then came the sushi. My bill was quivering it looked so scrumptious. Especially the ones wrapped with seaweed. They called it nori, but I know it was really seaweed. 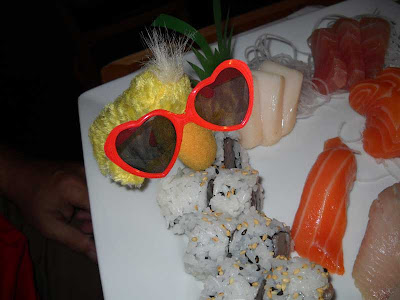 I don’t know if most ducks eat sushi, but I found it most tasty. 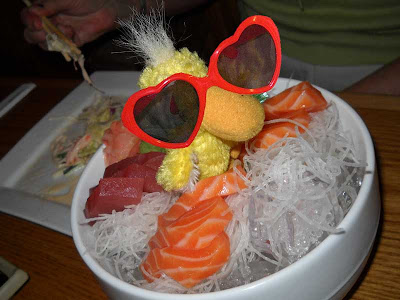 And the sashimi! Boy was the sashimi good. I sat in the white grass to eat it. I’m not sure what the typist meant about not sitting in your food since I did not sit on the sashimi. 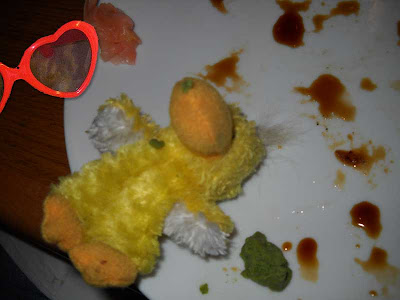 OMD was everything good. I was so full afterwards that I fell over in a plate where I discovered that the green stuff on my nose made me sneeze quite a bit. 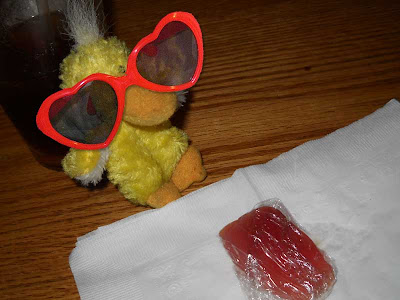 I like Sanjee and my other cats, so before we left, I asked the waitress for some tuna to go for them. The typist said we should not get them too much or they would barf. I do not think the cats would have minded, but I had to humor the typist.
I enjoyed my sushi adventure very much. It is almost as much fun as a #truck ride with @henryandfriends.

This entry was posted in Adventures and tagged adventure, restaurant, sushi. Bookmark the permalink.