Making Jewelry With The Typist Part 2

Posted on September 9, 2009 by @GeorgeTheDuck

Making jewelry With The Typist is complicated, so I have to show you in two posts. This is the second post. The first one is over here from yesterday.  I like making jewelry though. It is fun. 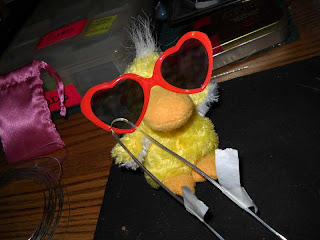 After the Secret Squirrel Marks had been made, then I started bending the wire. It is a little stiff. 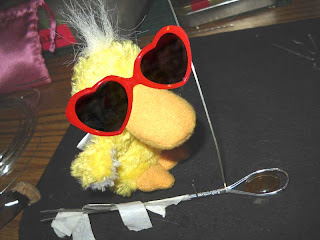 Then I trussed it up and started putting the cool stone that kind-of-matches-my-bill in the setting. 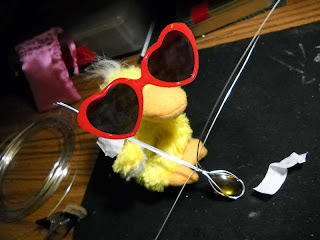 I got it going finally. I just had to rassle with that wire some. 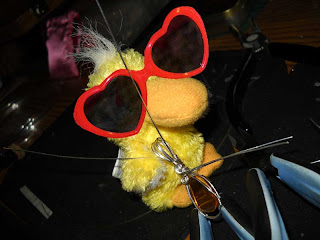 See? It’s turning into something now.  I am getting excited here. 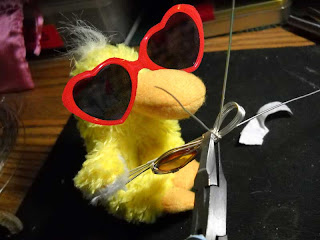 The Typist said I mustn’t forget to put a bail on it. If I forgot, it would have to be attached with superglue or staples to be worn, and that sounds very uncomfortable. 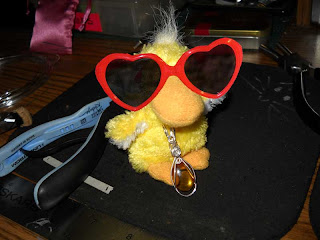 Ta da!  My first ever pendant! I had fun making it! Do you want to buy it?  Maybe someone will if I ask the Typist to put it on her jewelry site.

Update: She did! It’s right here!  And part of the moneys go to animal charity! yay!

This entry was posted in Adventures and tagged adventure, making jewelry, typist. Bookmark the permalink.

5 Responses to Making Jewelry With The Typist Part 2