Making Jewelry With The Typist

Posted on September 8, 2009 by @GeorgeTheDuck
I like to try new things. I thought I would try making jewelry with the Typist. She is not only a Typist, she is also a Jewelry Artist. So I knew she could help me. 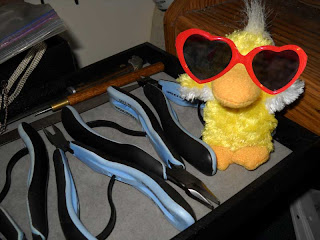 First we had to get the tools together. The Typist allowed me to use her nice pliers. 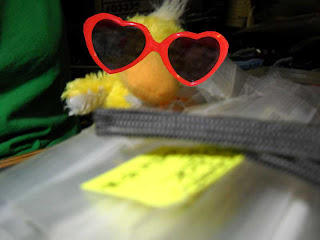 Then I had to pick a stone. I got to raid the Typist’s special secret stash! 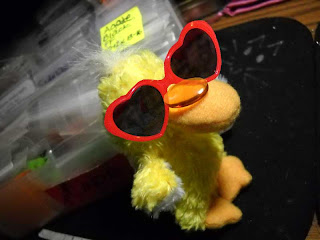 I chose a pretty one that matches my bill!  The Typist told me that it is Baltic Amber. 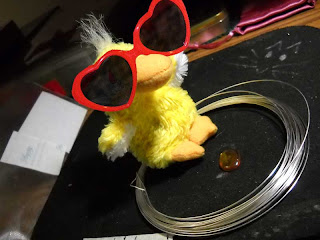 The we had to get the wire.  The wire is very skinny. This is a good thing or I would never be able to rassle it into a jewelry shape. Can you imagine me rassling a rebar??? 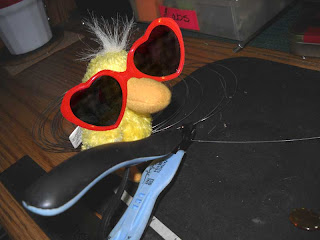 This skinny wire is a special type of sterling silver called Argentium. That means it will not tarnish and it does not have nickels in it. Dimes either, I think.  I had to cut it very carefully. 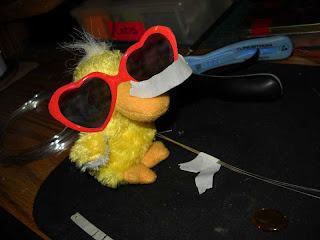 Once the wires were cut the right size, I had to tape them together. The tape got a little bit wild on me. 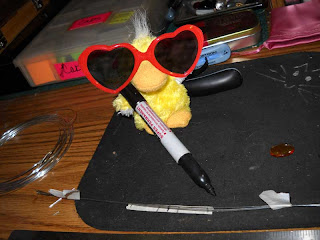 Once I had the tape safely on the wires, I had to mark it so I would know where to add more wire and bend it and stuff.  The Typist let me use her Secret Squirrel Marking Formula. That was very nice of her.

Then I had to take a break. Making jewelry is complicated and tiring.

This entry was posted in Adventures and tagged adventure, making jewelry, typist. Bookmark the permalink.

6 Responses to Making Jewelry With The Typist