I went to Maryland!

I got to go on a trip this past week to Maryland. I was excited! I’d never been to Maryland before. I don’t think so, anyway. I don’t remember stopping there on my way from China to Furginia. 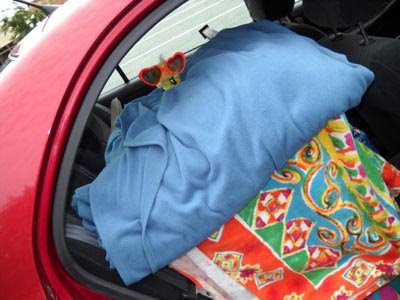 Me and the typist were taking a console sewing machine to Monty Q‘s Mombean. It belonged to the typist’s grandmother who I hear was a heck of a seamstress and the typist thought Mombean might be able to make good use of it. That way even if her other machine croaks, she can still sew some. 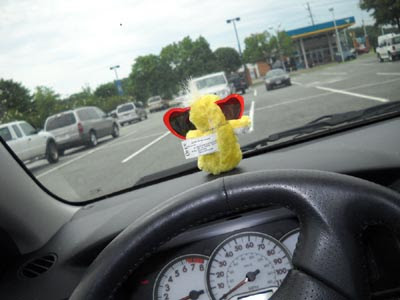 I was going to ride on the dash and show the typist the way. 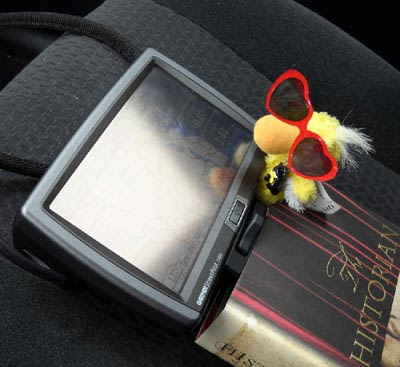 But I figured out the GPS and decided it was easier to deal with. 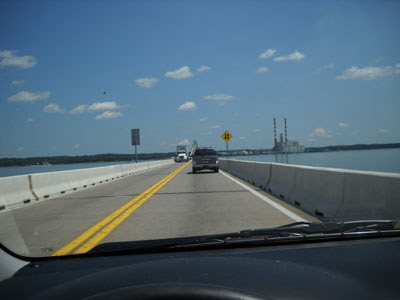 I was a little nervous when we went over this bridge. I’d never been on a bridge before. It did not collapse into the water, so I was happy. 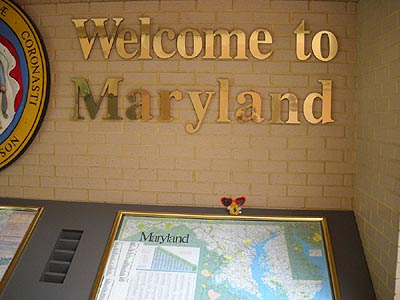 After the bridge, we got to Maryland. The typist says Maryland is smaller than Furginia, but Maryland is big compared to me. 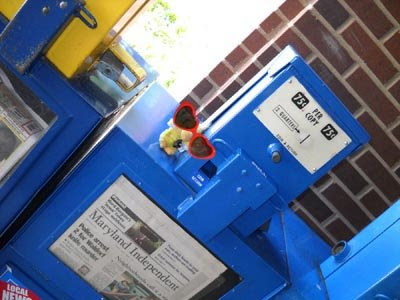 Maryland has paper newspapers. Don’t they know about washingtonpost.com or nytimes.com or any of those things? 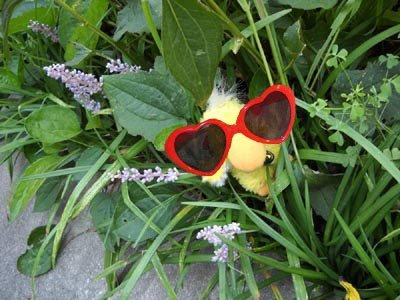 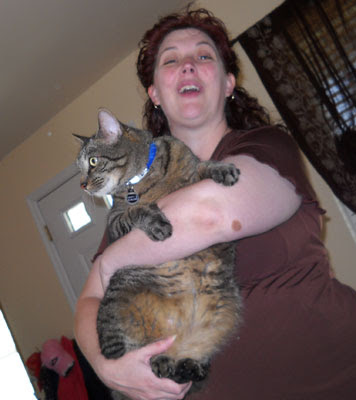 When we got to Monty Q’s house I got to meet the mancat himself. And Monty’s Mombean. Should she be lifting all that mancat without assistance? 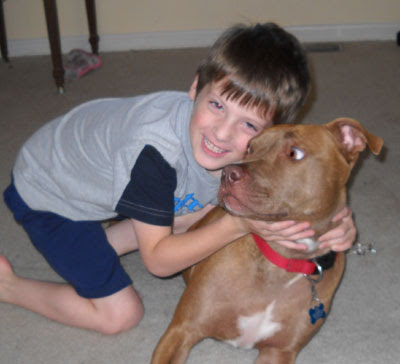 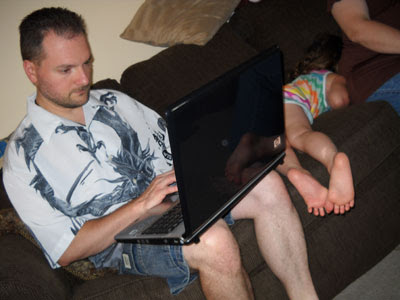 And Dadbean and Sweetbean. Or at least Sweetbean’s feet. She was a little shy at first. 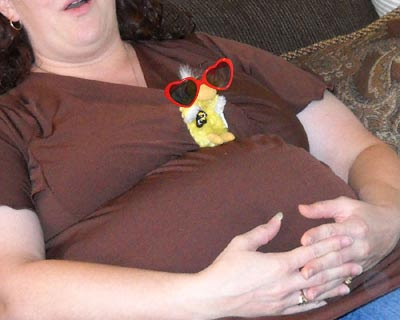 And I got to meet the new baby! That was cool. I’ve never seen a lumpy baby like that before. Even in a book. Maybe I should read more. 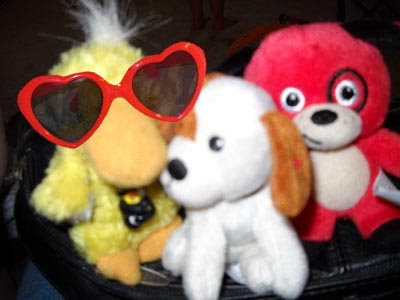 Then I got a special gift from Kidbean and the family. My own pets!!! I now am a pet owner! My tan and brown dog is Boomer and my red dog is Radish. I will try to be a very good pet owner.
The typist and Mombean talked and talked and talked. I took a nap. 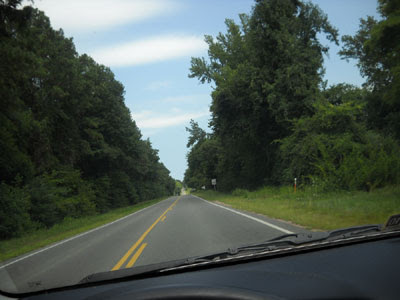 Then me and the typist drove home to Furginia. It was a very nice trip. I like Maryland.
I have heard California is nice too. Maybe we can drive there some day. I’m pretty sure the GPS has California in it.

This entry was posted in Adventures and tagged adventure, Maryland, travels. Bookmark the permalink.

7 Responses to I went to Maryland!